Momen had been in brilliant form throughout the tournament – dispatching Cameron Pilley, Paul Coll and Diego Elias without dropping a single game – and was up against the 2017 runner-up in Farag.

Momen was also a beaten finalist at this tournament, losing to Coll in 2016, and he twice went a game behind against the World No.2 today, but fought back both times to force a decider as he played some accurate, attacking squash.

The drama inside St George’s Hill Lawn Tennis Club rose to a crescendo in the fifth as Momen thought he had won it after playing a winner while holding a championship ball. Farag questioned whether the ball had clipped the tin, and Momen agreed to play a let to put his title win on temporary hold.

“I can’t believe it, it’s been four years since I won a title,” said an emotional Momen afterwards.

“It’s the biggest of my career and I’m really proud of this moment. As for Ali, I have the utmost respect for him, he’s a really good friend of mine. We’ve been away for a month and each of us has won a title, so we should be fine going back home.

“I won very few titles because I never went for winning the [smaller] tournaments, I always tried to get in the biggest tournaments my ranking would allow to expose myself to the best players. As I had college studies, I didn’t have time to lose if I wanted to climb up the rankings.

“Putting everything aside, I’m really happy with how I’ve progressed mentally over the past year and a half. I used to give up when I was really tired, now I’m much better at it. I can be exhausted, but I can still push and find other plans.” 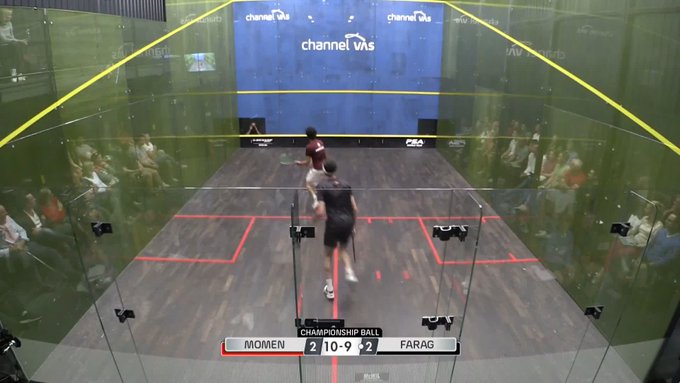 What a week for @TkMomen!